Last night Theresa May suffered yet another series of damning defeats in the Lords, exposing the ever-increasing anger at her administration's undemocratic, destructive approach to Brexit.

So far the government has been defeated a total of 14 times, with the Lords rejecting the Brexit deadline and exit date, securing a meaningful vote in the Commons, and quashing attempts to hand ministers 'blank cheque' powers. 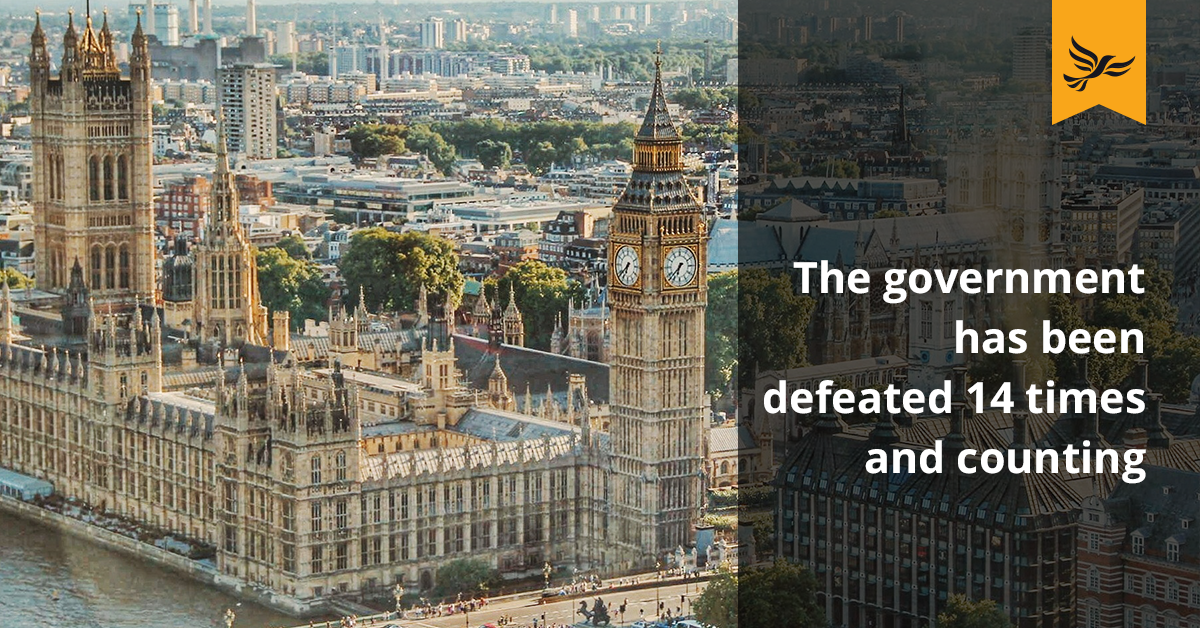 Both Tory and Labour Peers have voted with their conscience, defying their parties' whips.

24 Tory peers voted against their own government, forcing them to report back on UK-EU Customs Union negotiations: there have been a staggering 168 Tory votes against the government.

Just yesterday more than 80 Labour peers ignored party policy and voted with the Lib Dems to maintain membership of the European Economic Area. 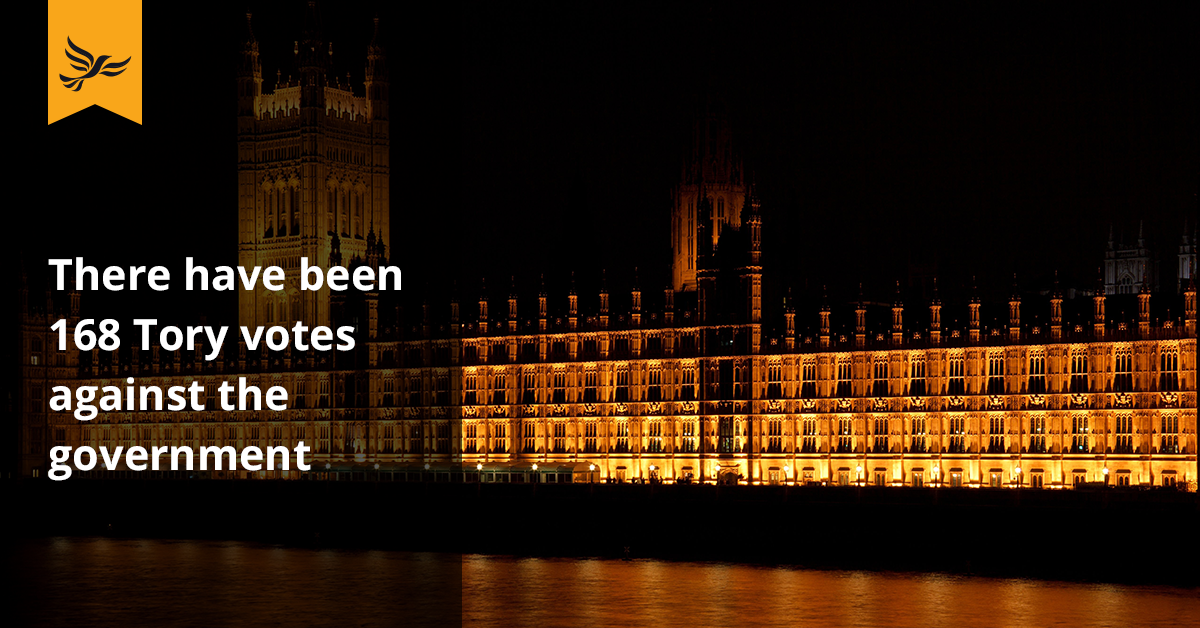 There have been a total of 4,092 votes against the government during the report stage, showing definitive support for the Lib Dem campaign against Brexit. 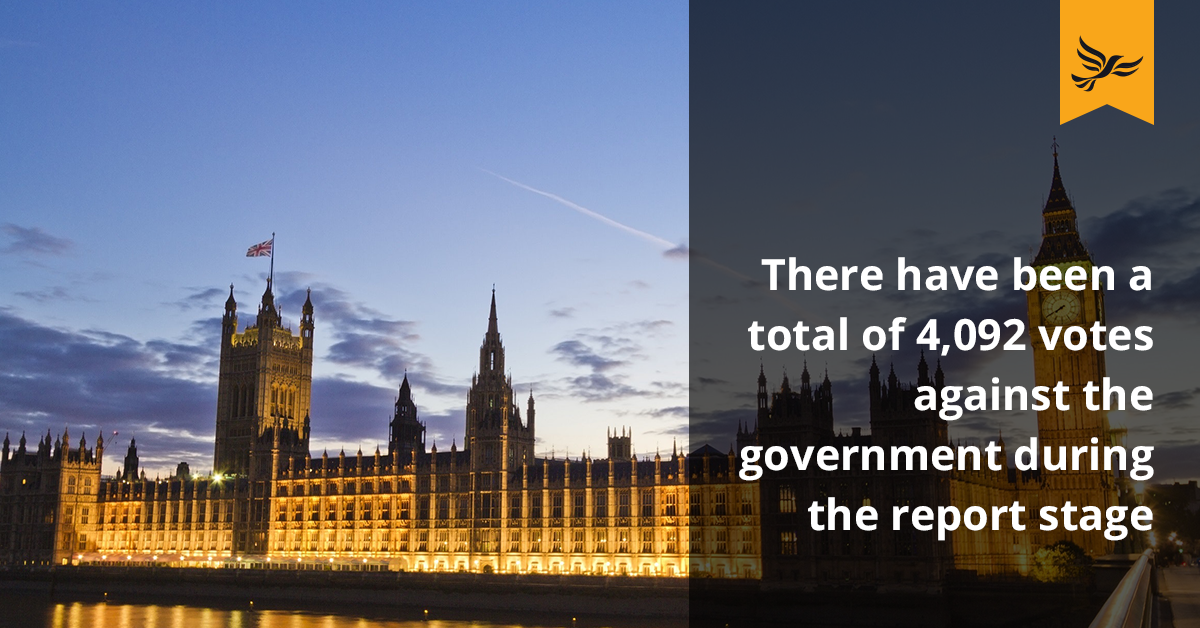 The Lib Dem Lords are leading the charge and will continue to hold the government to account, fighting for the ultimate form of accountability: handing the final say on Brexit back to the people.