Liberal Democrats jumped from fourth place to take a seat from the Tories in Cornwall Illogan.

David Ekinsmyth won 23.8% of the vote for the Liberal Democrats, increasing it by 10.1%. The tories slumped to third behind Mebyon Kernow. Labour came fifth, the Liberal Party in Cornwall came sixth and the Green Party finished last with 4.3%. 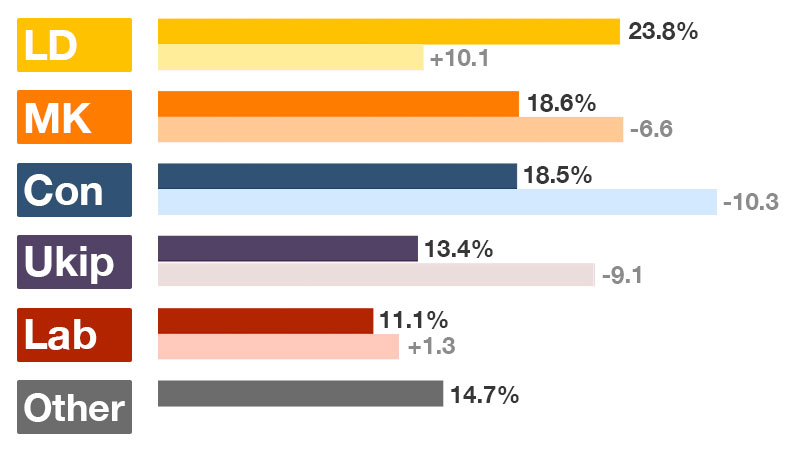 The Liberal Democrat campaign was focused around campaigning against an unpopular building development, for increased road safety and traffic calming and to transfer the ownership of a local park to the Parish Council (something David achieved during the election campaign).

David Ekinsmyth is Commodore of the 'Blind at Sea Charity' and is well known for his work as an Illogan parish councillor for the past 7 years. He puts his victory down to "action not words" and traditional Liberal Democrat campaigning focusing on local issues and the benefits of having a local candidate with a strong track record.

The local team are thankful to the help they received from neighbouring parties across Cornwall.